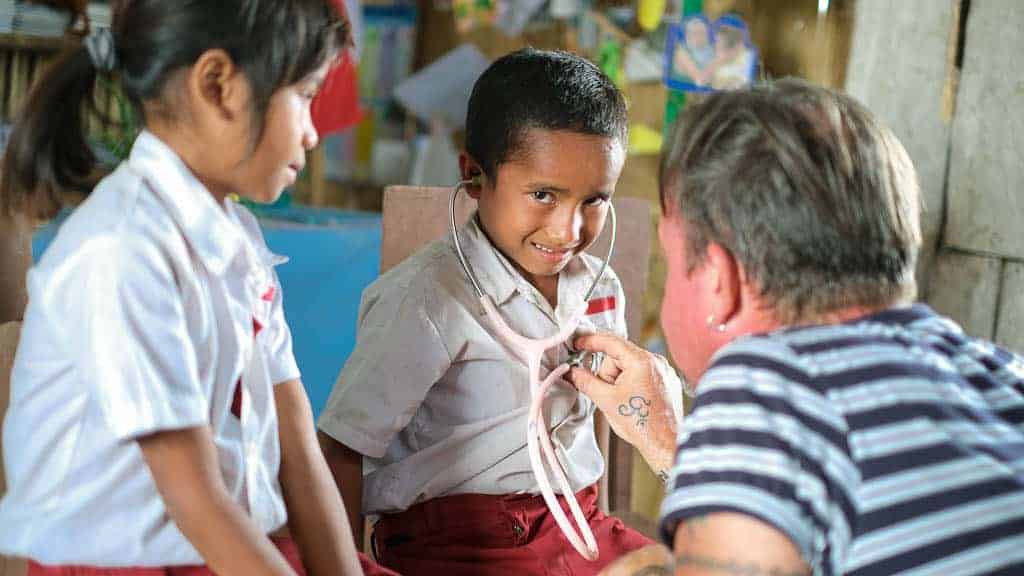 East Sumba with a population of 252,704 people (2017) consisting of 129,389 men and 123,315 women with an area of 7000.5 KM2 with a population density of 36.10 people/km2 (Source: BPS East Sumba). It has a hilly geographical condition that makes it difficult to reach for providing access to medical care. In addition, the number of medical personnel is limited and the infrastructure is limited.

In one of the villages we met, the Bantu Community Health Center only had a schedule of 2 times a month, 1 day for Posyandu and 1 day for health checks. This is also an illustration of the limited number of medical personnel in the area.

As a result of the survey activities that we conducted in several schools, we observed that some of our children found small wounds on their bodies, especially on the legs. Maybe because some of them have to walk to go to school and some of them don’t use shoes. This small wound is often ignored, so it will become a bigger wound. Unhealthy behavior also sometimes causes these small wounds to enlarge and become more serious infections.

Not only for the children at school, but also for the general public in several villages. There are wounds on the legs due to accidents or on other parts of the body, but due to lack of knowledge about first aid, these wounds are ignored, left open to even a slight infection.

From several incidents that we encountered in the field, we are Kawan Baik with support from the Fair Future Foundation, partnering with friends in East Sumba to help provide access to the most basic medical care, namely the provision of first aid kits in schools accompanied by capacity building for school components. for first aid.