Hyenas | Painting a show of solidarity to support our social programs!

August 27, 2020
Hello Friends, dear friends, Ma’am, sir and dear family, Foreword Art created through collaboration between artists from various creative fields will undoubtedly produce something that exceeds all expectations. This is what happened to the collaboration of Balinese artists Erick Est (director/videographer), Made Bayak (painter), and Dialog Dini Hari (musician) in the work “Hyena”. The paintings […]

Foreword
Art created through collaboration between artists from various creative fields will undoubtedly produce something that exceeds all expectations. This is what happened to the collaboration of Balinese artists Erick Est (director/videographer), Made Bayak (painter), and Dialog Dini Hari (musician) in the work “Hyena”.

The paintings were made from a green screen in front of an old tree aka Dadang Pranoto (singer/guitarist of Dialog Dini Hari) dancing and being moved to the rhythm of his song “Hyena”. At the same time, Made Bayak responded to the movement by splashing a light fire extinguisher with colorful paint towards the old tree. This spark painting and dance movement singer has drawn a charming and vibrating pattern!

The green setting was then divided into five paintings; became Made Bayak’s first abstract work. This collaboration, along with the artwork produced from it, freezes in time and cannot be reproduced. When original ideas run until the end result, no one can imagine what the outcome will look like. All of the project’s actors respond to unexpected movements in a short period of time; 6 minutes without repetition.

This unique moment occurred on February 3 at a studio in Seminyak, Denpasar. Some media outlets witnessed this neatly documented appearance by Eric Est Movie. The “Hyena” video will soon be available as a charming visual interpretation of Eric East.

PAINTER ARTIST STATEMENT
This series of paintings consists of pieces from a green screen that were used as a backdrop while we were working on hyena songs. The green screen is doused in paint that gives color to the main media in the video. The target is Dadang’s body that dances freely, without choreography. We use an empty fire extinguisher and fill it with paint and press it with wind pressure. This highlights the action painting that usually responds to certain situations within a certain period of time. The end result is very abstract, with colors flowing and overlapping in the video shooting process.
Personally, I rarely and almost never make a truly abstract art form – art for art’s sake – during my career in Art. There had to be a strong idea and a solid foundation, before I decided to create the artwork.
The inspiration comes purely from Dialog Dini Hari music, especially from Hyena songs. During the preparatory stage, I tried to “dive into” the song and its lyrics. In the process of one video shot, I only responded to dadang’s music and gestures.
The artworks are interconnected with each other; Hence the title of these paintings Series 1 through Series 5. Once the finished painting and the paint are dry, I bring a green screen to my studio, spread it one by one on the floor, then choose the color of the splash and the composition to my heart’s liking, cut and arrange it into frames and make it a work of art with its own dimensions. 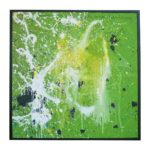 The Story in Hyena Rhythm and Color No.1
The first series of paintings from green screen pieces, part of made bayak action paintings respond to MV “Hyena” from Dialog Dini Hari.
Dadang moves his body wildly, freely, in freedom – to hell with choreography – with his own song “Hyena” playing in the background. At the same time, her body is watered and sprayed with colorful paint. A green screen the size of Godzilla serves as a backdrop.
Dadang’s choreography-free gestures are accompanied by a passive-aggressive chorus of “Hyenas” and brutal gusts of color, resulting in a dominant green color and a collection of pseudo-black crows. It vaguely reveals a disgusting and strange abstract impression. 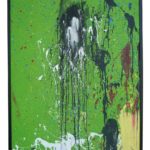 A story in Rhythm and Color No. 2
Painting the second series of green screen pieces, part of made bayak action painting responding to MV “Hyena” from Dialog Dini Hari.
Bayak deepens the soul of the song “Hyena” and continues to splash and spray Dadang’s body with colorful paint.
Return green, giving way to a penetrating yellow front, entering a valley covered in wrath and haunting red.

A story in Rhythm and Color No. 3
Painting the third series of green screen pieces, part of the action painting Made Bayak responds to MV “Hyena” from Dialog Dini Hari.
Autumn on two sides of Red-Black. White spread hopelessly. 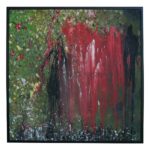 A story in Rhythm and Color No. 4
Painting the fourth series of green screen pieces, part of made bayak action painting responding to MV “Hyena” from Dialog Dini Hari. Black surrendered. Red advantage. Green defeated the drums of war. Everybody get together, move on, attack. Friend swallowed a friend. Just like hyenas. 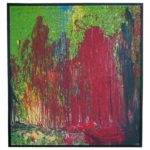 A story in Rhythm and Color No. 5
The fifth series of paintings from green screen pieces, part of the action painting Made Bayak responds to MV “Hyena” from Dialog Dini Hari. The peace of the smokescreen, the total uncertainty, and waiting for Godot, are all false. Emerging, an opportunistic figure ushers the universe into its decay, lush green in a mirage.

MADE BAYAK
Bayak, born 1980 in Tampaksiring, Gianyar showed promising artistic and musical talent early on and went on to study at the Indonesian Institute of Art (ISI) Denpasar, 1999-2006. This is where he met his future wife, Komang Kartika Dewi who is also a graduate of ISI and teaches art at SMP Sukawati. They had a son, Damar Langit Timur, another talented artist who began making his own figurative representations from the age of two.

ERICK EST
Growing up in the small town of Dumai in Sumatra, Erick Est’s interest in filmmaking began early in his life. In Indonesia, Erick is known for short films and music videos for Indie bands such as “Superman Is Dead” and “Navicula”, but he has also made several clips for international bands such as Free Like Me. In 2014, Erick released his documentary Long Sa’an (“The Journey Back”), a true story about Dayak’s elder’s journey back to his home village.

Thank you so much Friends for your interest, help and kindness. 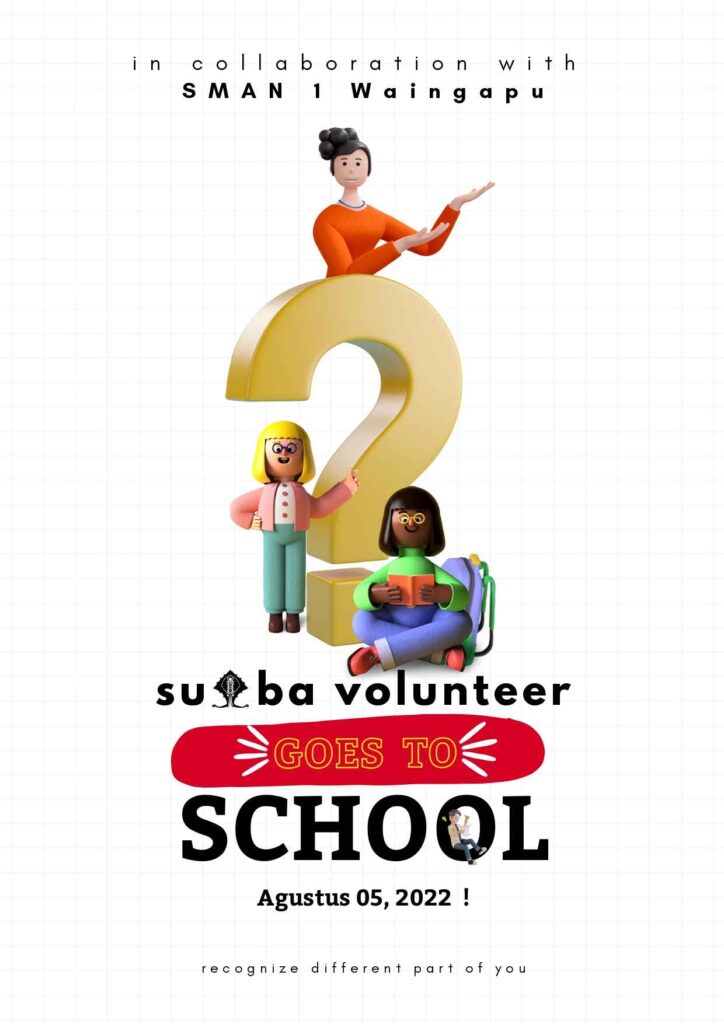