December 16, 2022
The Kawan Baik team focused on installing light steel wall & roof assemblies as well as continuing to complete other stages of making toilets.
The Bali team who alternated to Sumba to join other Sumba teams this week have started several activities at the Foundation’s basecamp, Rumah Kambera. Rumah Kambera is our office in Sumba, this place is also a place for meetings, teaching and learning, a shelter for volunteers and a laboratory for our ideas and the community in East Sumba.

Entering the 11th week of implementation of the Clean Water Access procurement project in Mbinudita Village which is supported by Vivo Mobile Indonesia, we will further maximize project-related activities at Rumah Kambera.

The target for the next seven locations to build public toilets will use a different system and model from the three previous locations. We adapt to the needs and availability of resources where the project location will be built. The next seven locations are villages that already have a PLN electricity source, so that the need for jobs that require electricity can be fulfilled in these locations. The population density is also higher than the three locations where public toilets have been built. So that the available assistance can support the development system that we have designed. Another thing that is also an advantage is that the community gets more knowledge about sanitation building models that allow them to build their own later.

We apply the design of a public toilet that we have made at Rumah Kambera before. Disassembly system with light steel structure material that is done by the Foundation team and the help of local builders as our partners. This also has a positive impact on the local economy and creates new knowledge for them.

Our team is divided into two, the Field Team at Mbinudita and the Fabrication Team at Rumah Kambera. Both will do the job in parallel. Preliminary work required at a public toilet construction site starting from making a septic tank, making toilet foundations, installing toilets and piping can be done by the team and residents. Meanwhile, the Fabrication Team at Rumah Kambera started making toilet frames, preparing toilet walls, roofs and door work. All of these fabrication series will be erected to ensure each structure is complete and secure. After that, we dismantled it and sent it to the project site and together with the local residents, we constructed the building down to the finishing details needed according to the needs of the public toilets in this project.

The light steel assembly pilot has been established in its 12th week, from this assembly sample the technical team evaluates and calculates the strength of the structure to the availability of the material in Waingapu.

In the 13th week, the work and assembly of mild steel has been completed and is ready to be transported and installed at designated toilet location points. This week the Kawan Baik team focused on installing lightweight steel wall and roof assemblies and continuing to complete other stages of making toilets. 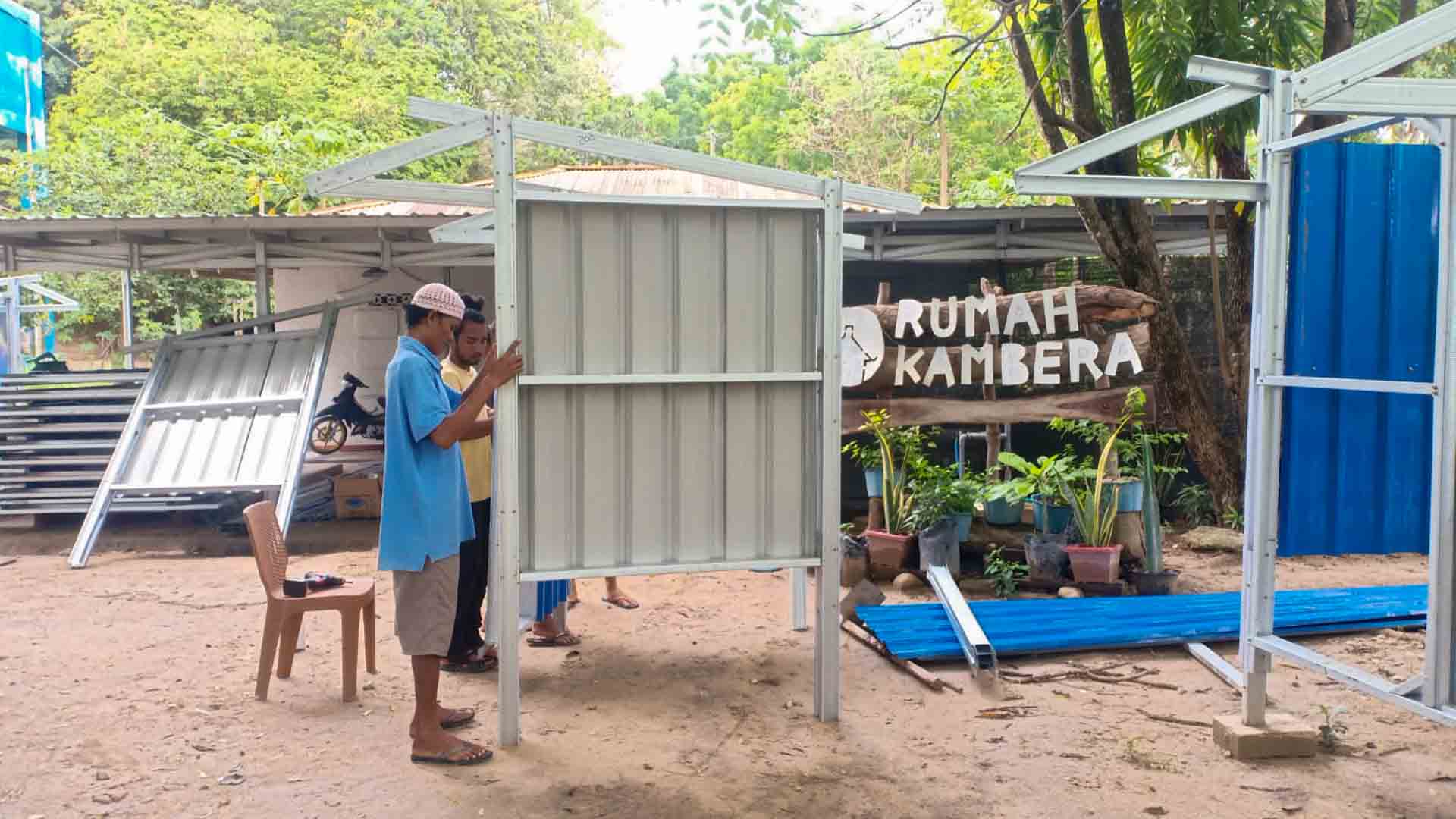 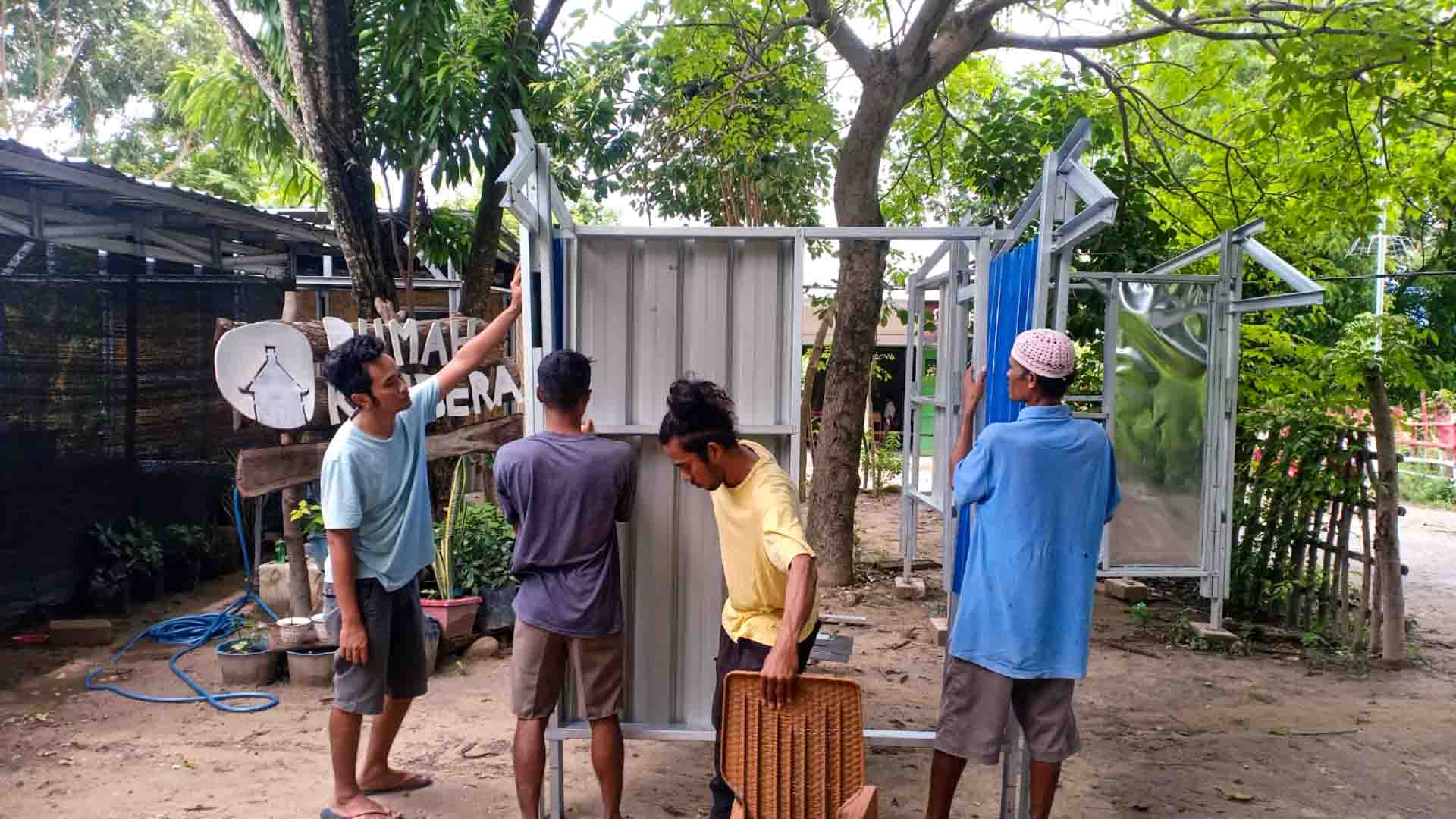 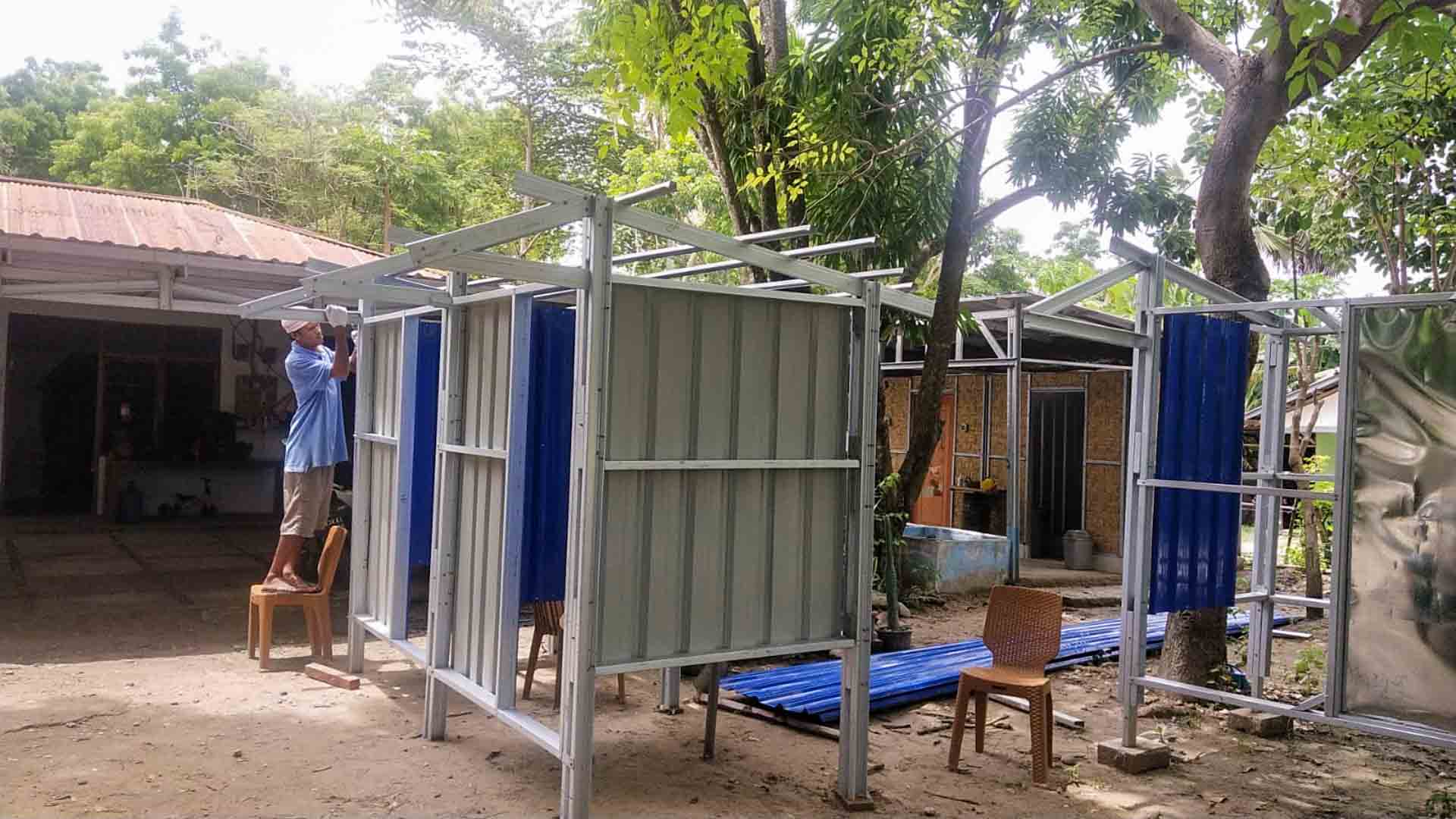 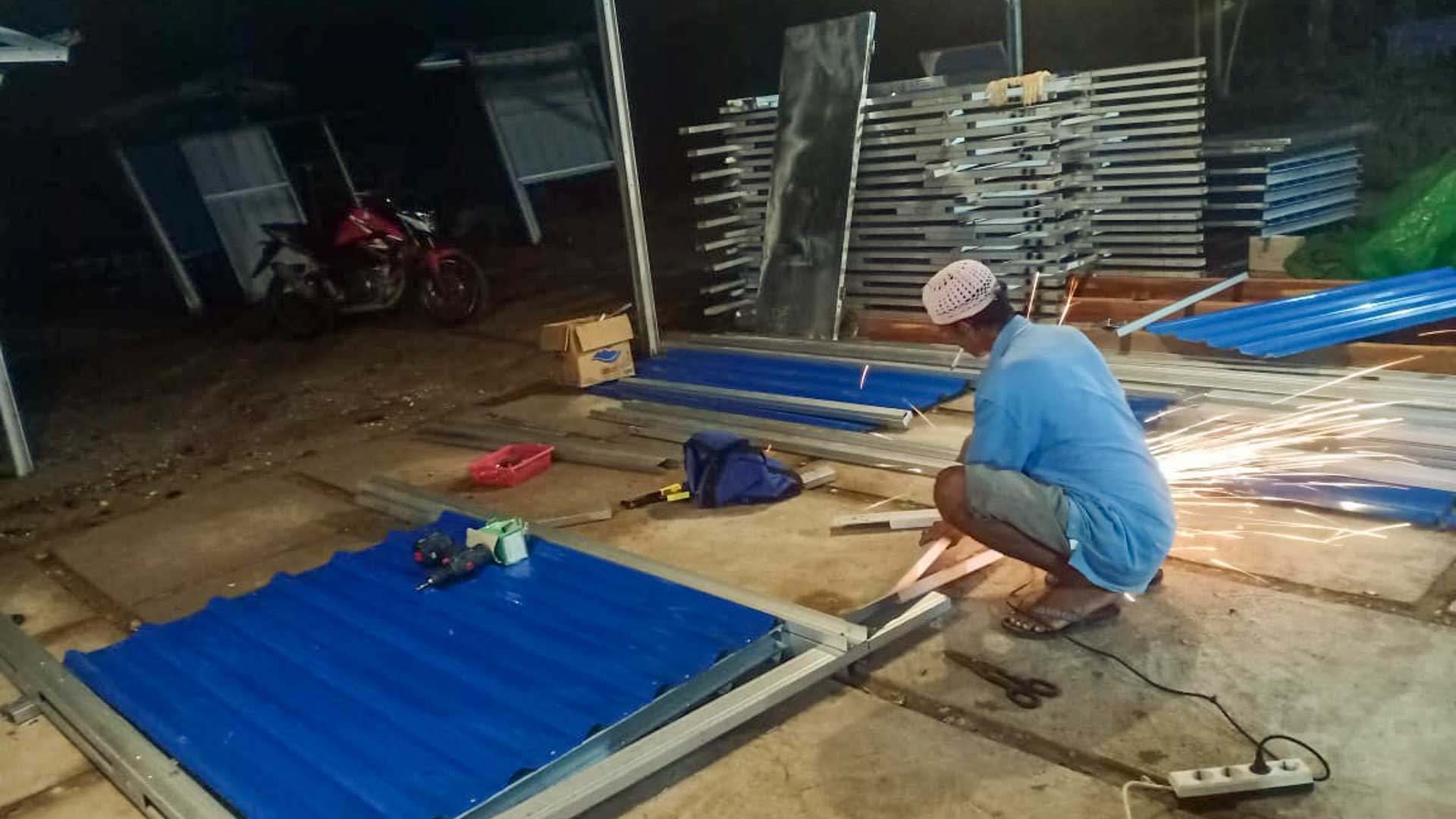 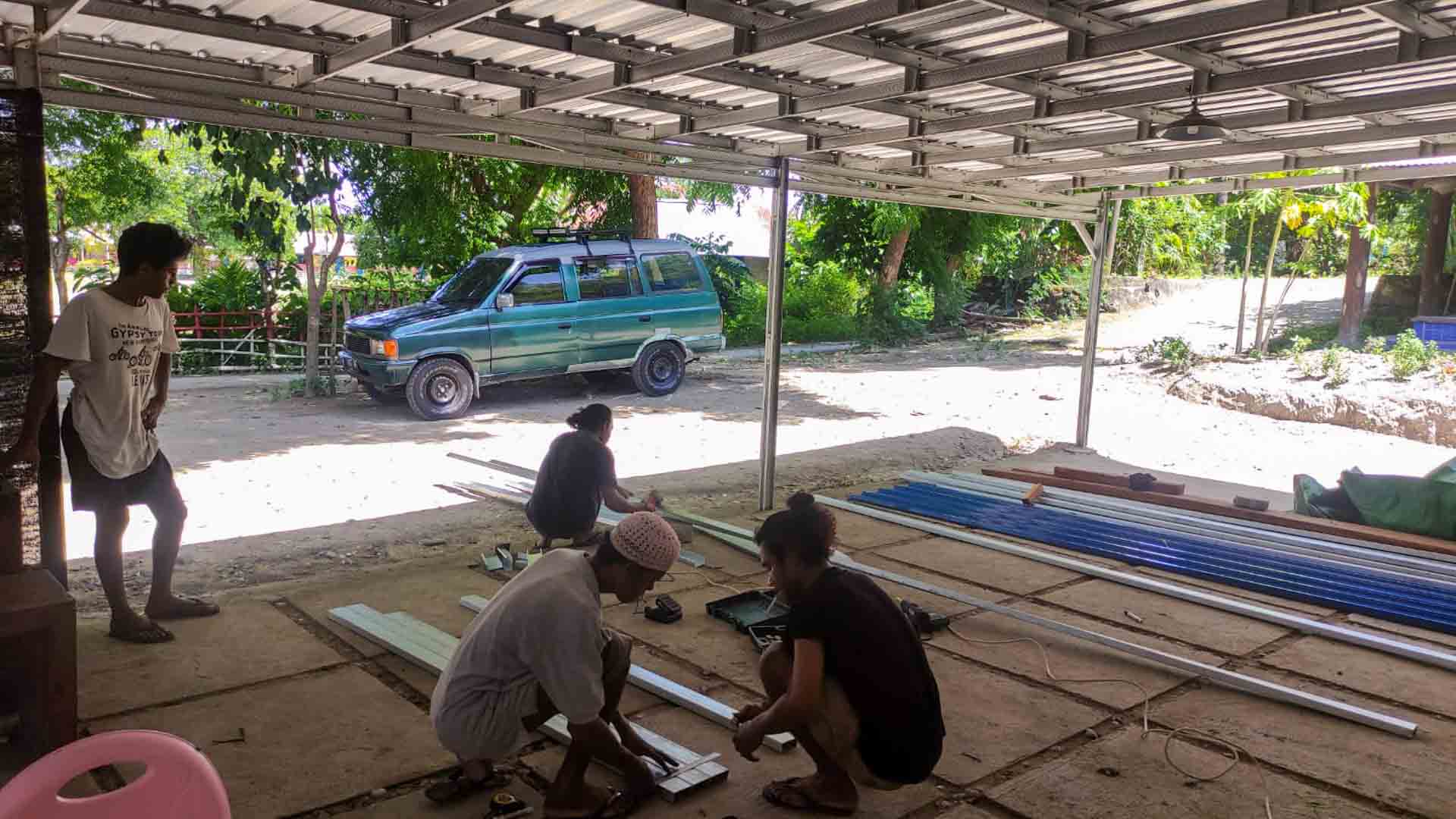 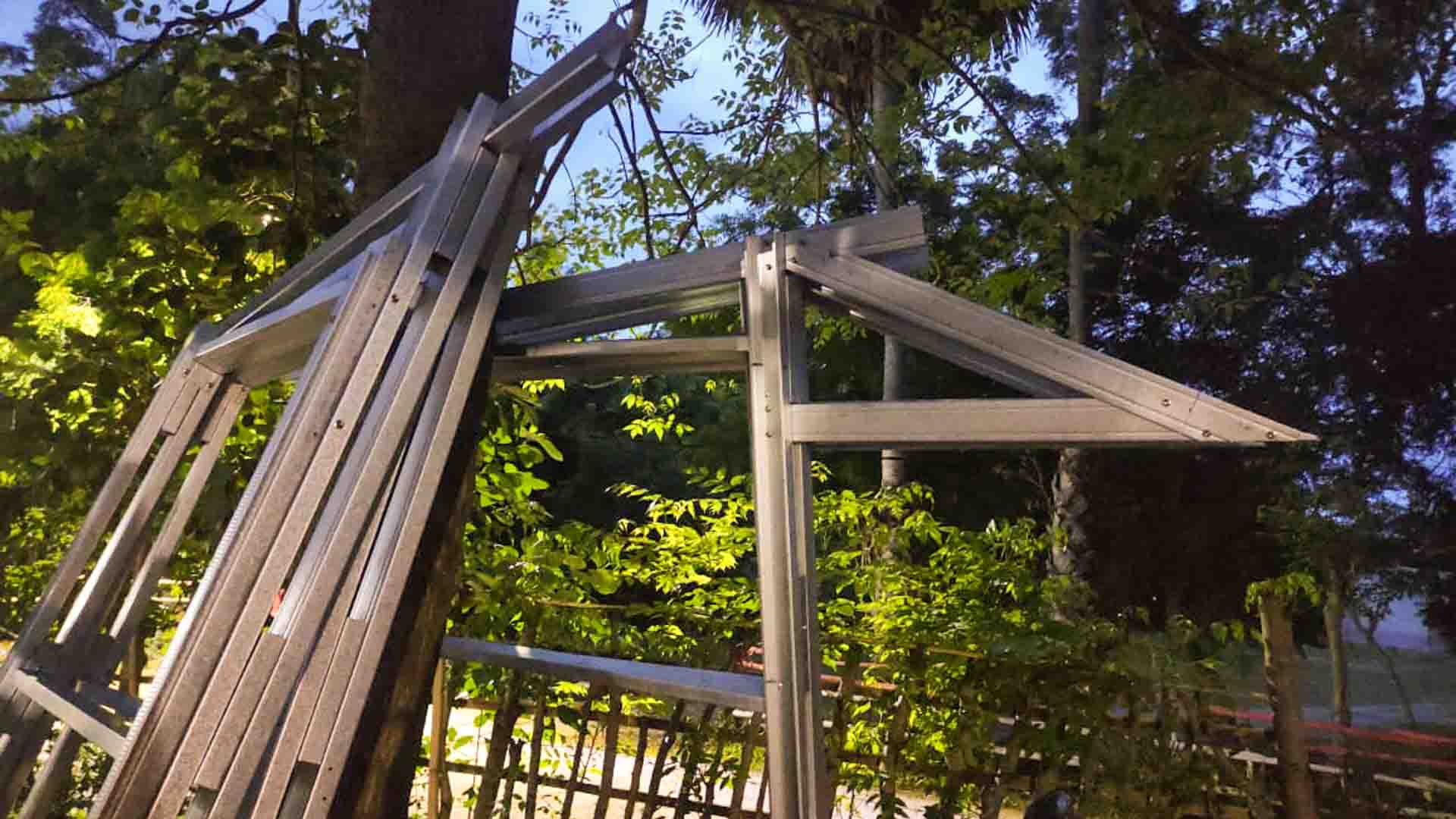 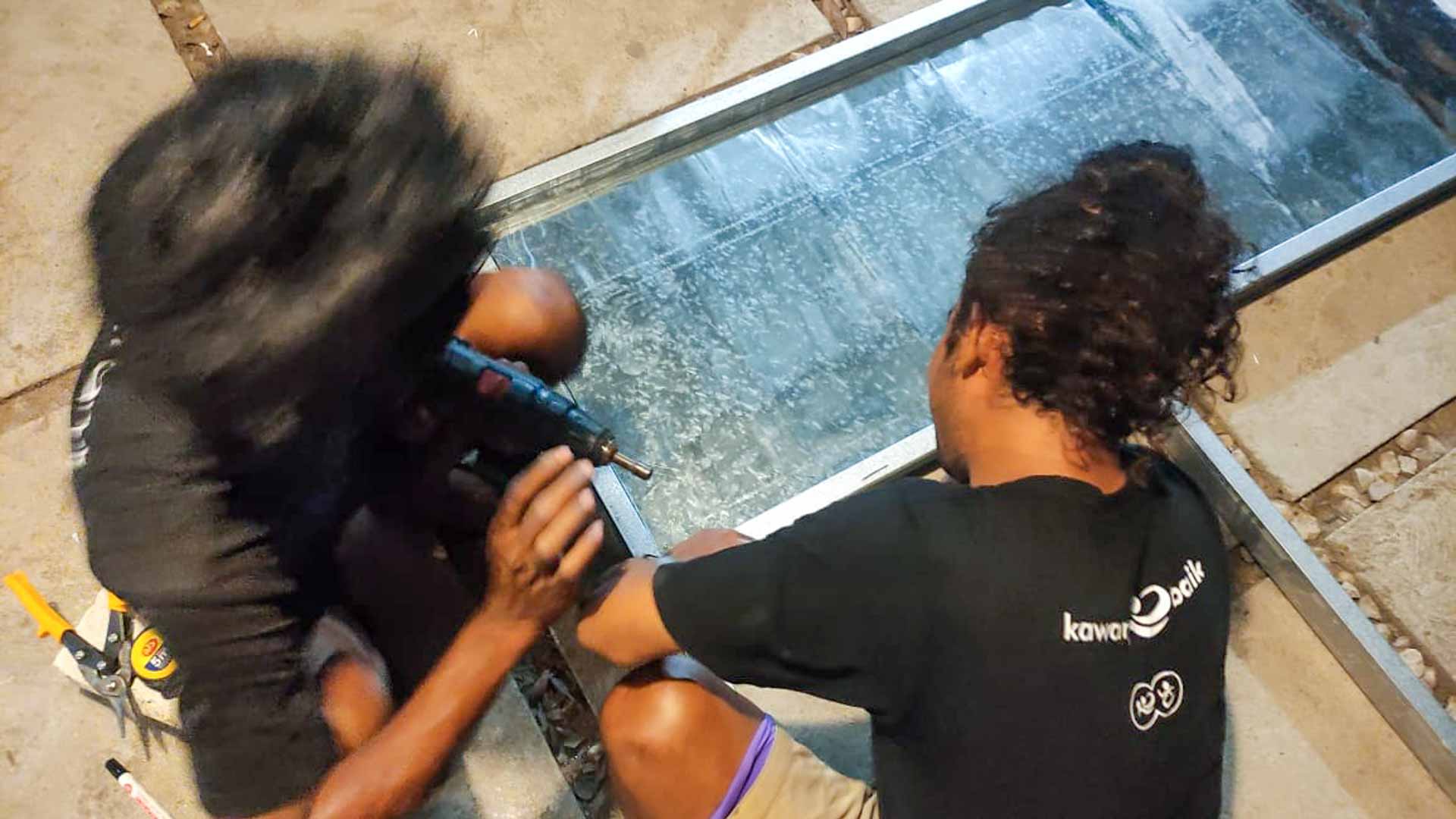 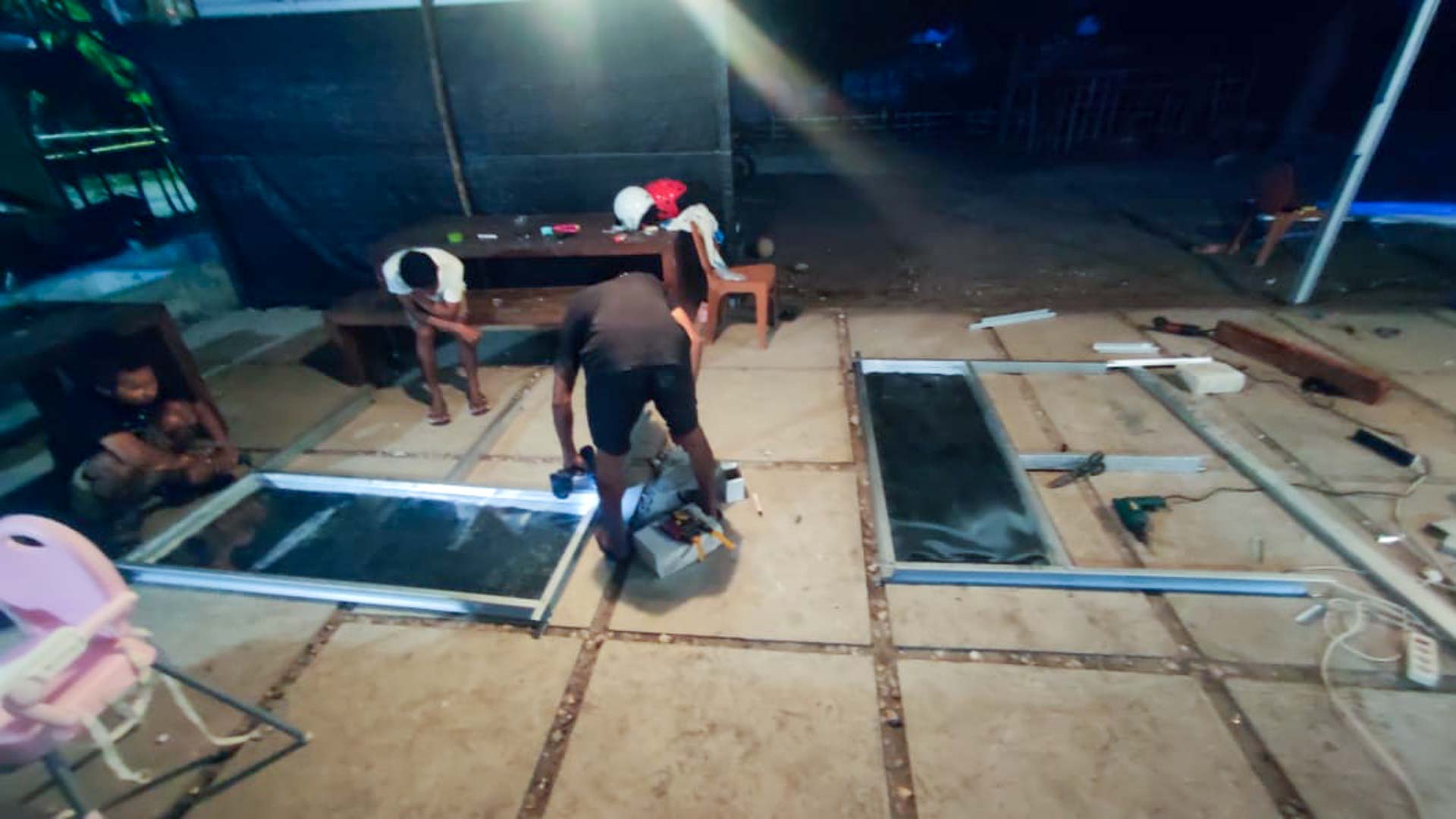 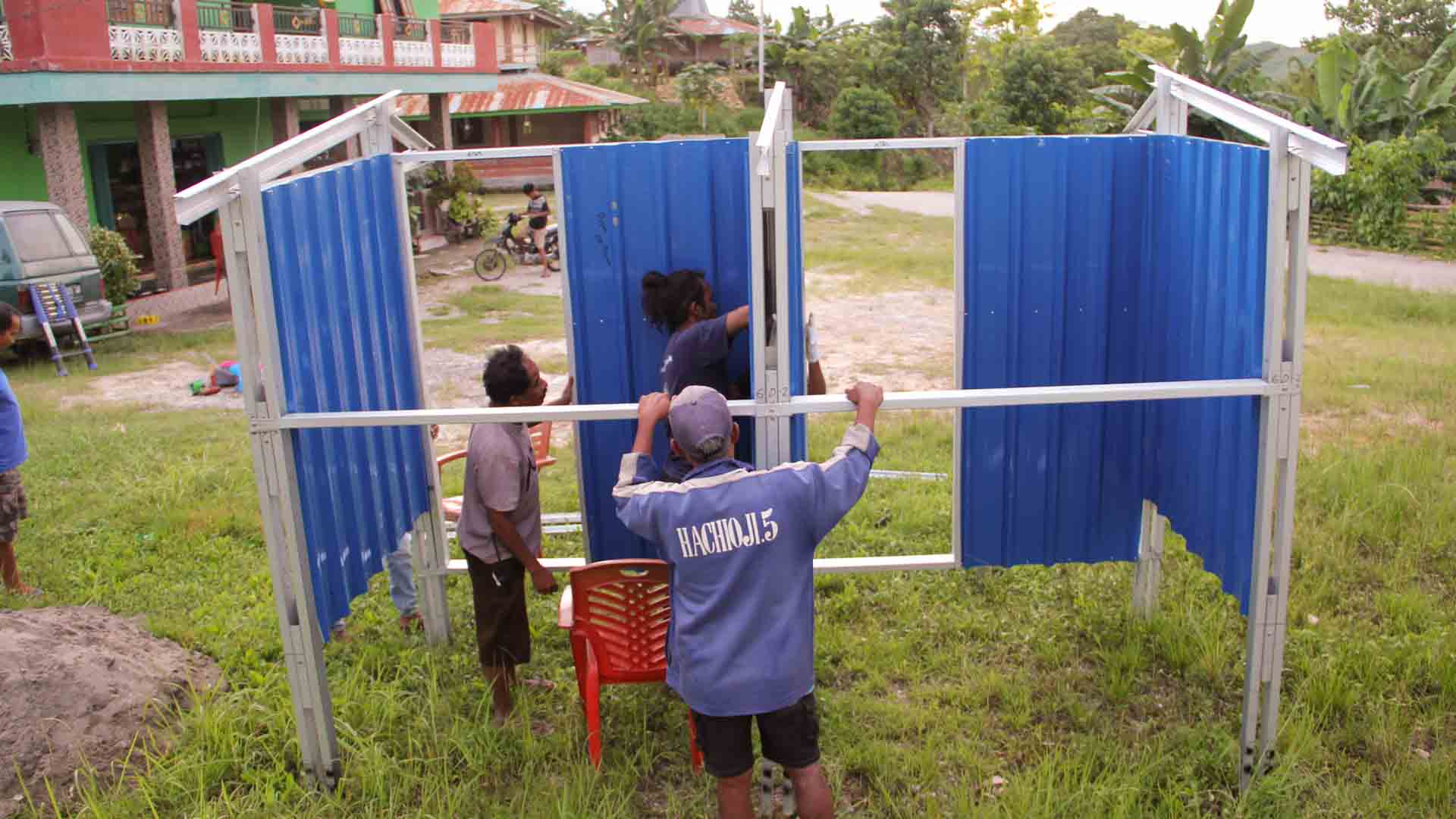 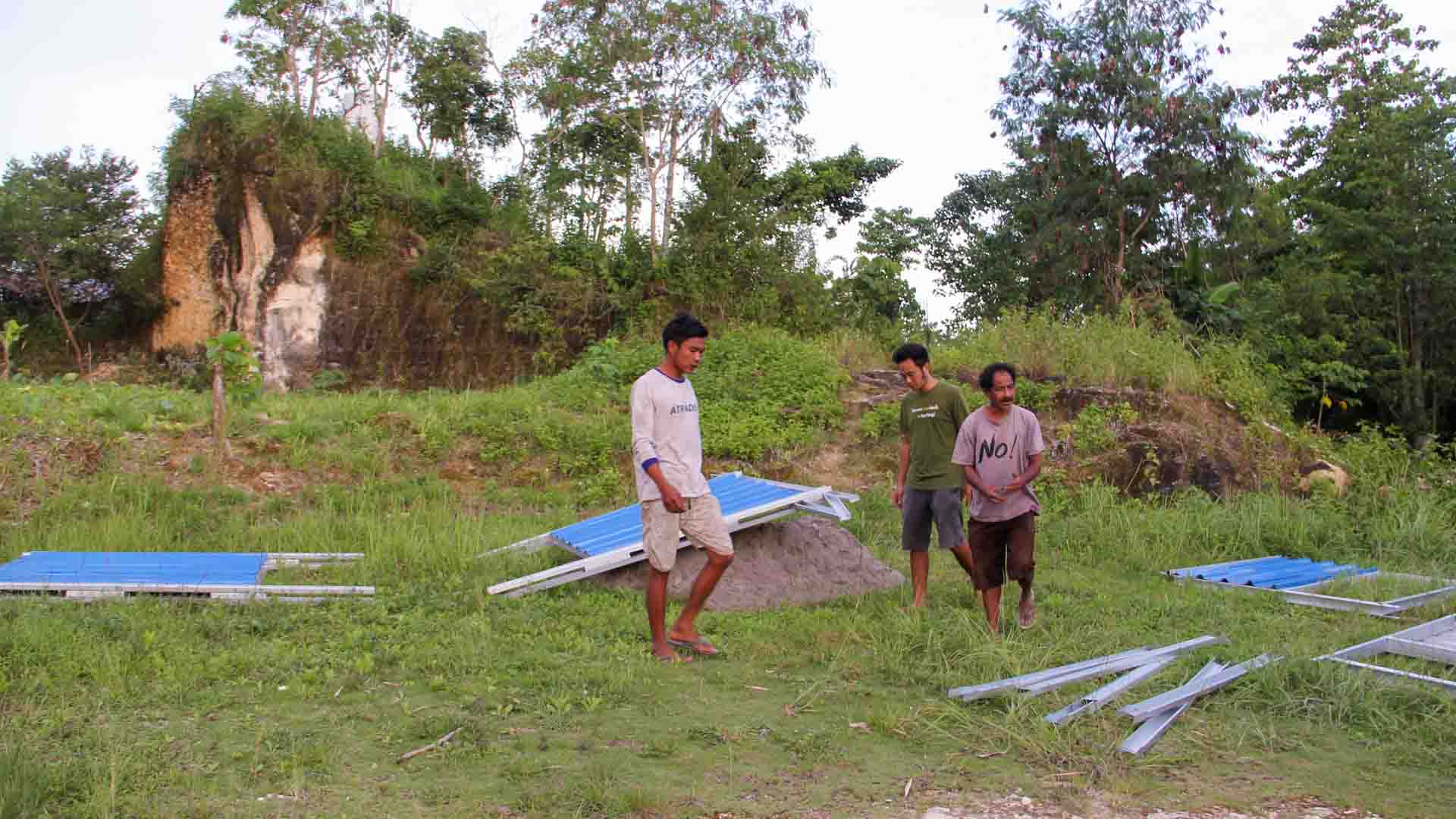 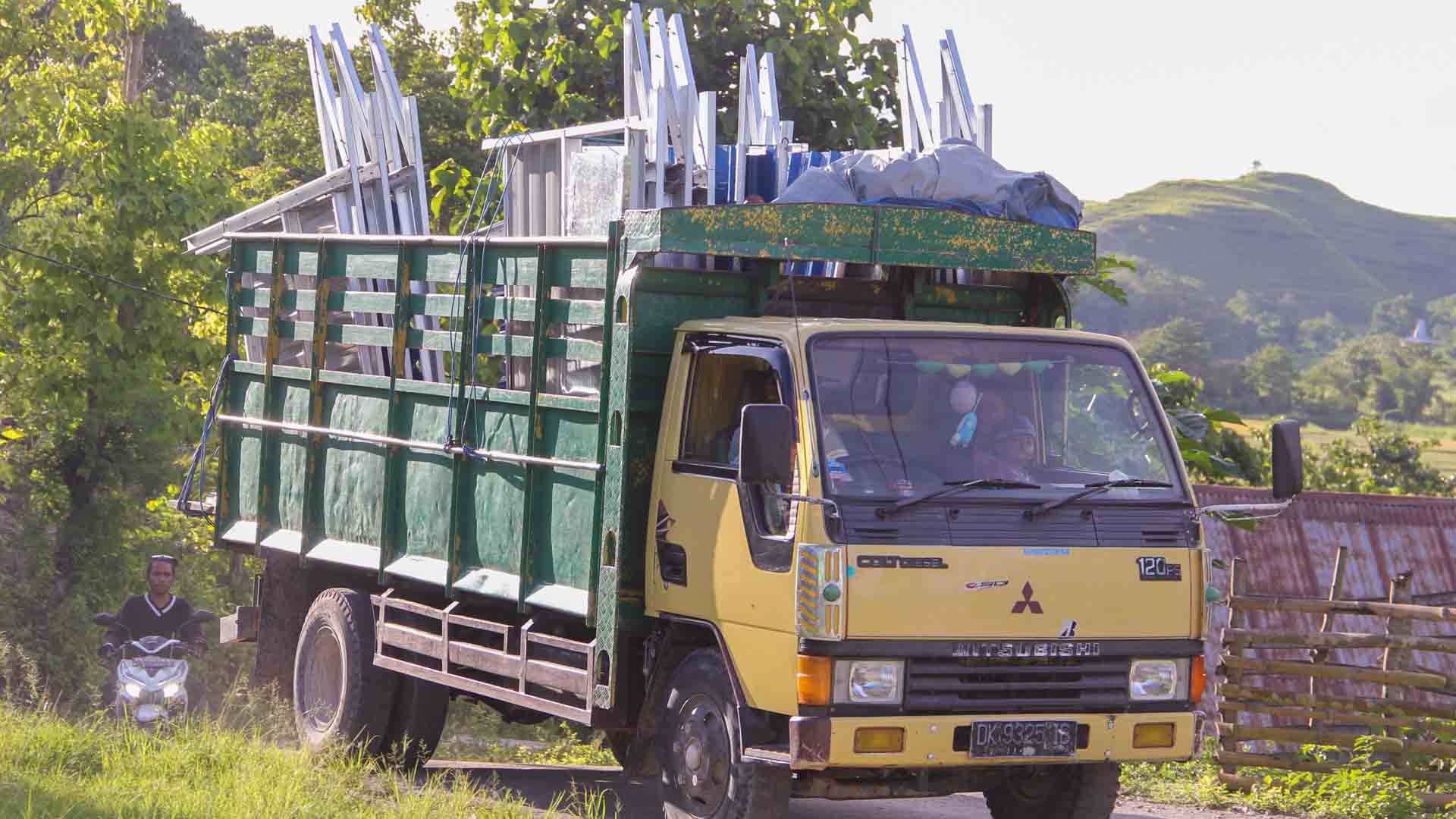 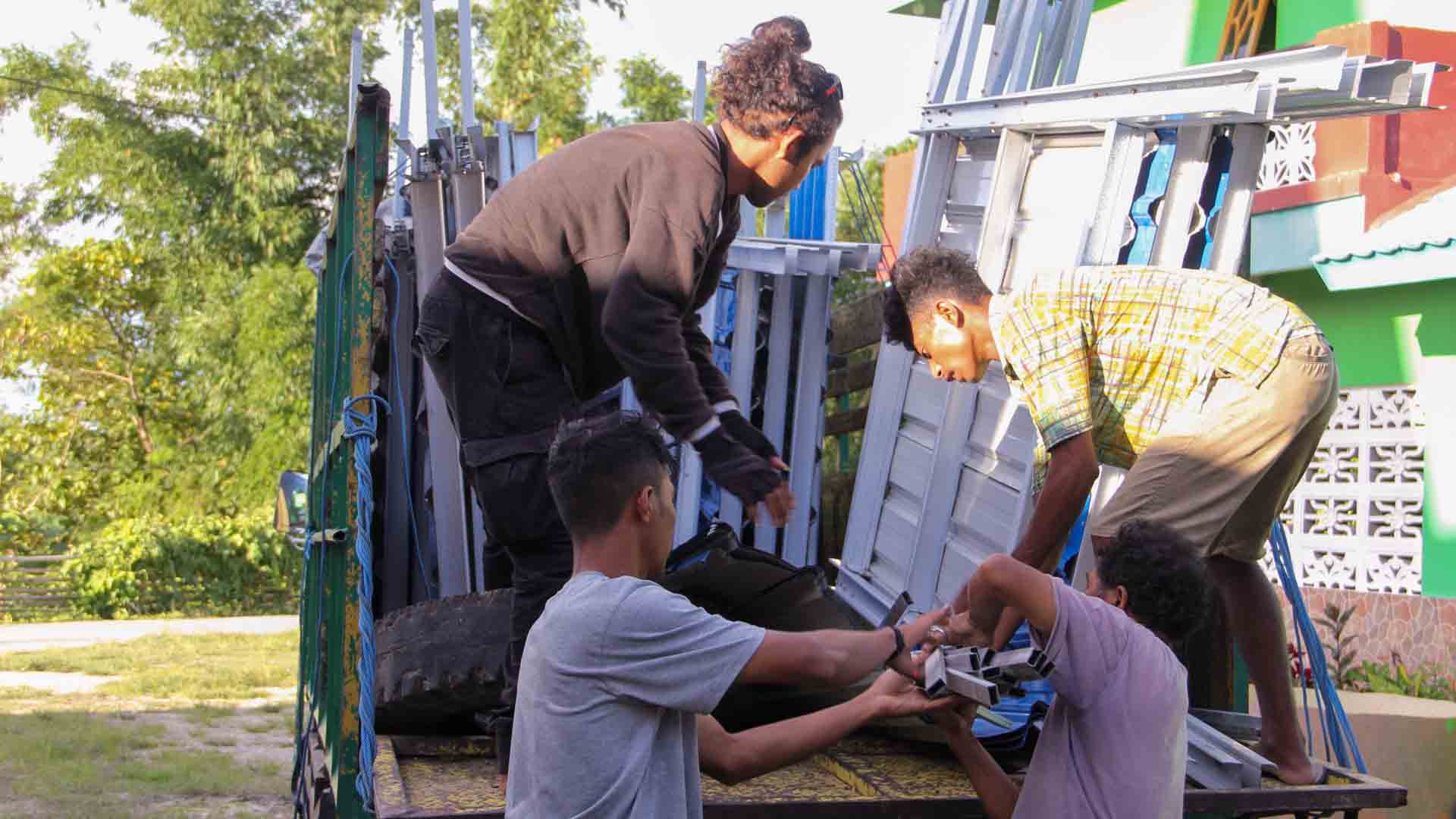 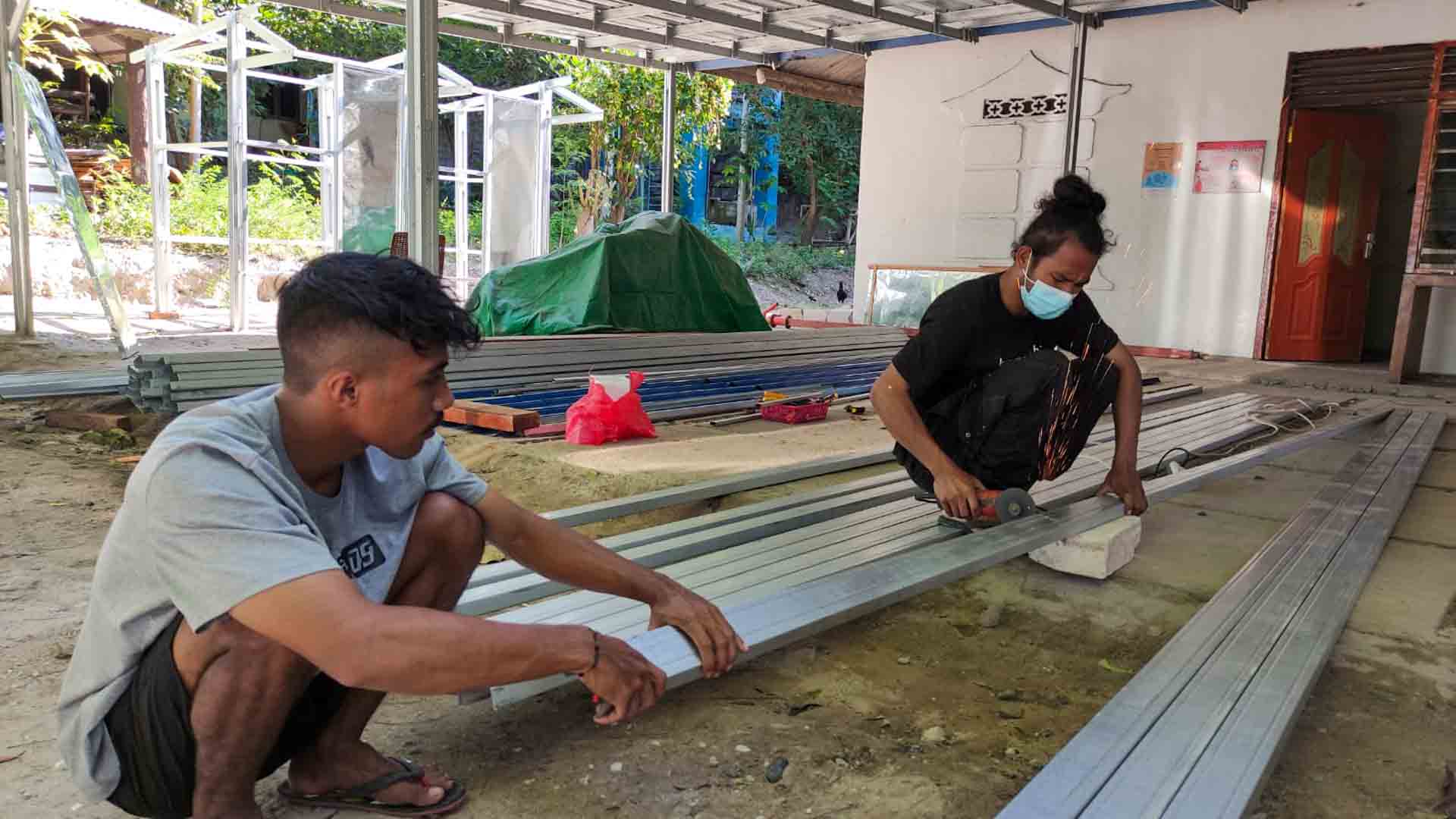 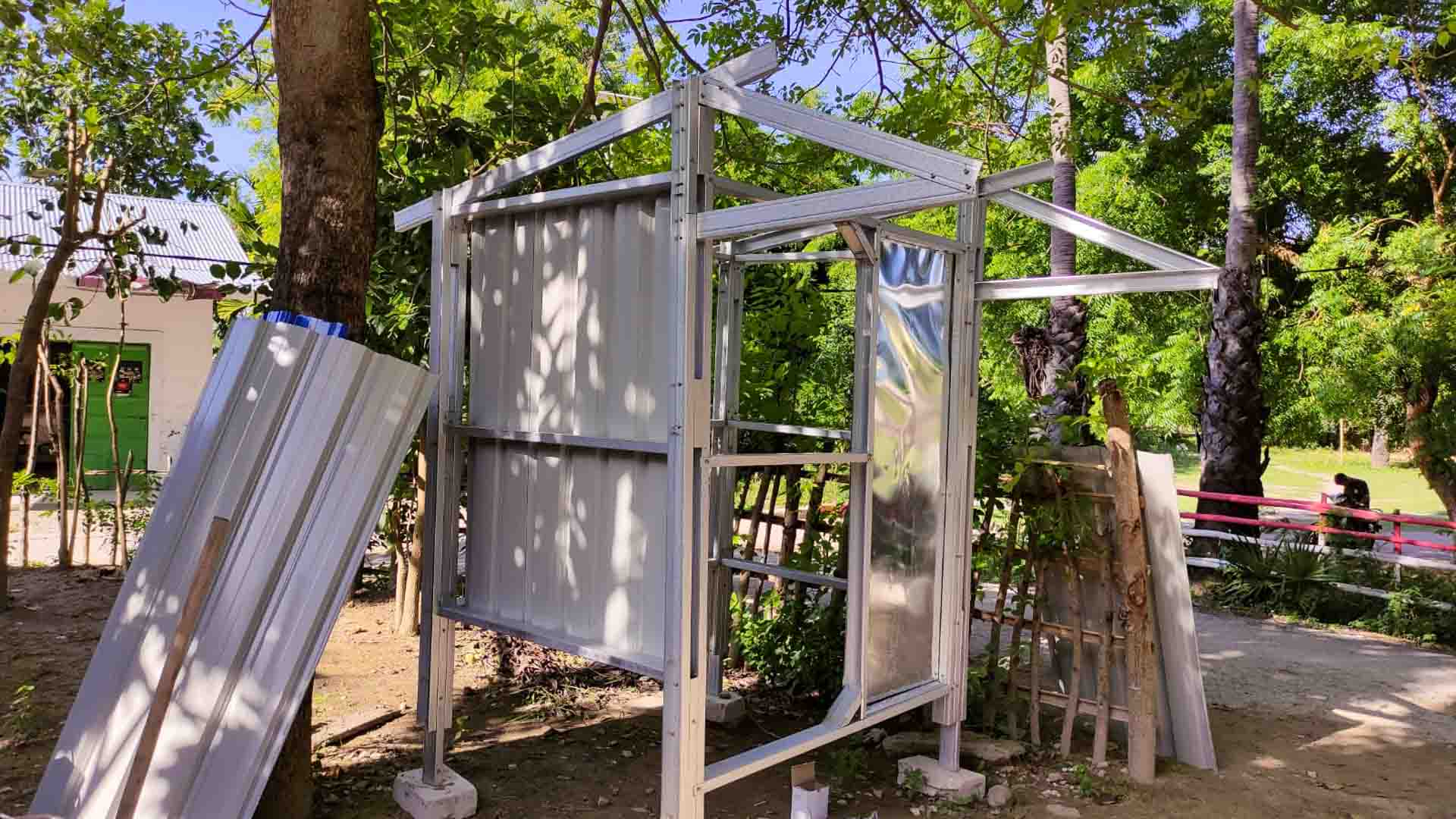 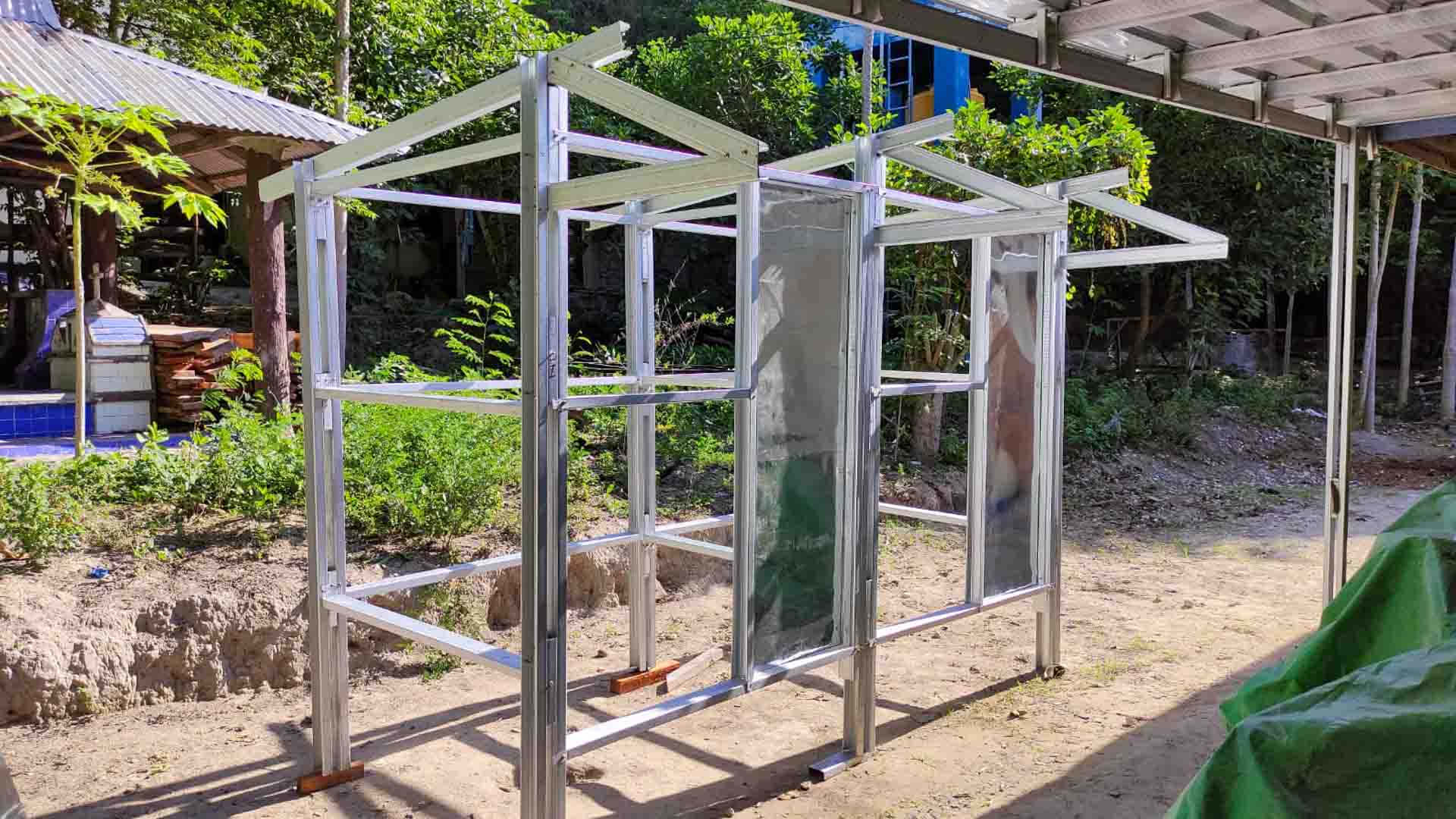 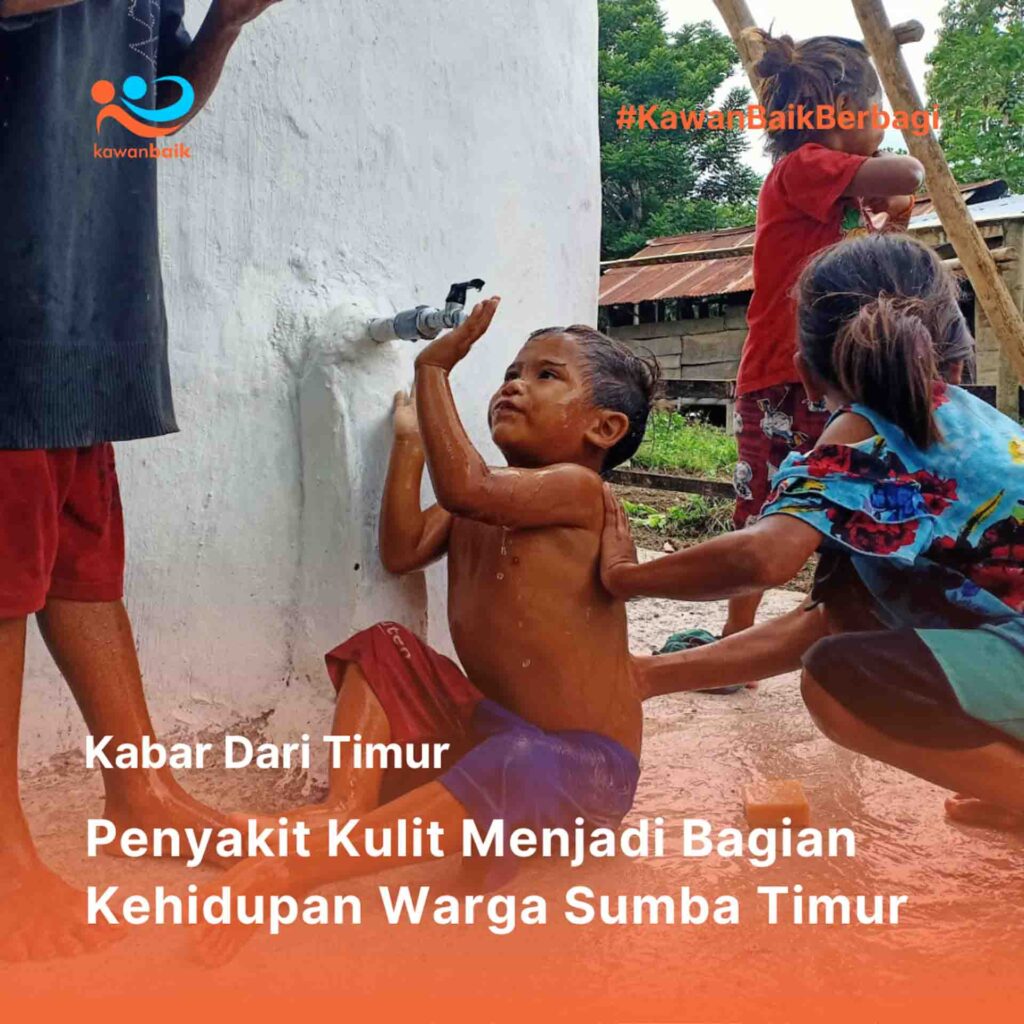 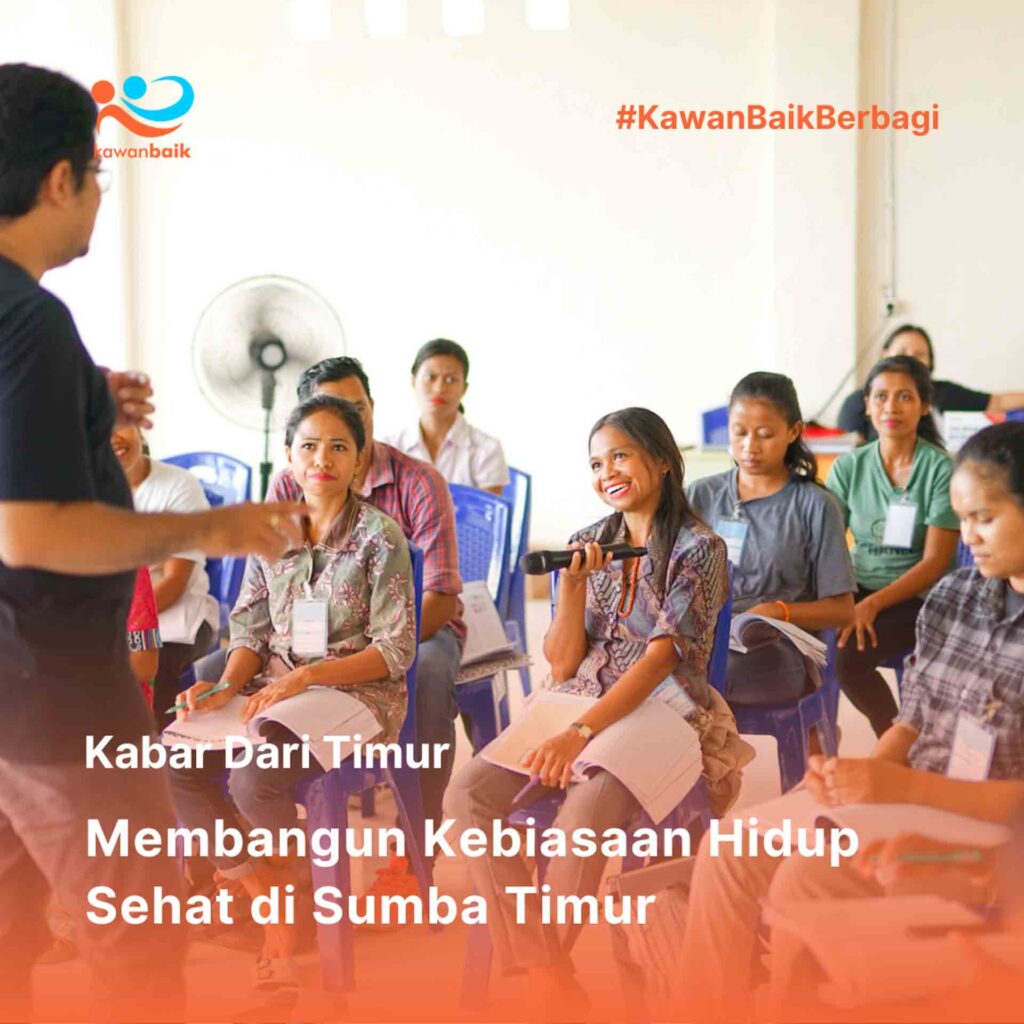 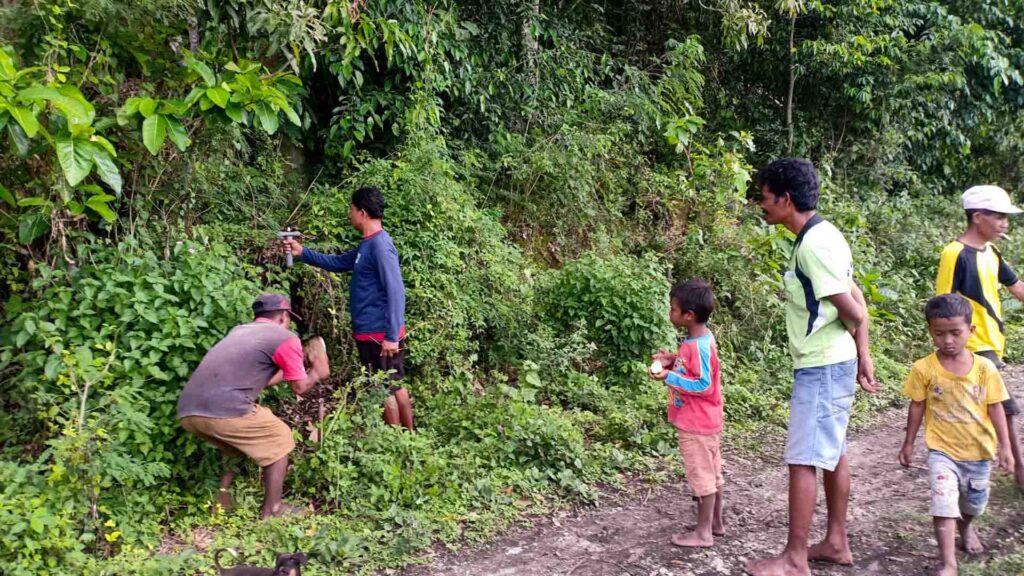